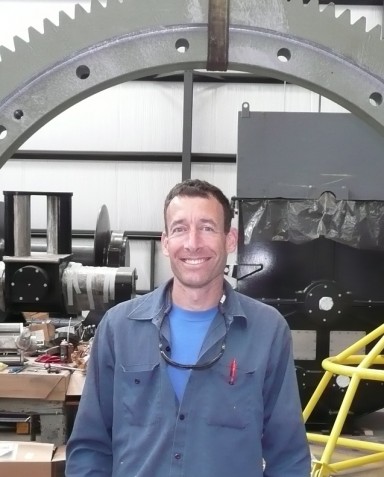 Mike has been focusing on this type of work since 1990 after receiving his Bachelors of Science in Mechanical Engineering from University of California, Santa Barbara. Following his undergraduate work he was employed at the Naval Civil Engineering Laboratory in Port Hueneme, California in the Ocean Systems division where he worked until 2005. During that time he supported the Navy’s SURTASS program as well as a variety of Navy research projects. These projects tended to be “from concept to sea test projects” allowing Mike to be heavily involved in each stage of the design/build/test process for a wide range of handling systems and towed arrays. This work included vertical towed arrays with an in-water weight of over 60,000 lbs as well over-boarding A-frames, ROV launch and recovery systems and fluid power systems. During this fun-filled job he participated in a large number of sea tests around the world. This back deck experience has given him a solid understanding of the design requirements needed to build equipment that can operate reliably in the open ocean environment.

In 2005, following completion of his Masters in Mechanical Engineering at the University of Washington, he opened a sole proprietorship in the Seattle area to work as a consulting engineer. In 2008 he founded Einhorn Engineering, PLLC. Together with a small staff of engineers and technicians, he continues to enjoy designing in the office, turning wrenches in the field and operating equipment at-sea.

In addition to Einhorn Engineering’s focus on launch and recovery systems, Carl has supported the engineering development and at-sea operations of a variety of marine equipment. The most significant of these include the survivability testing – both the resistance to long term damage, such as seafloor abrasion, and the sudden impacts of anchors and fishing gear – of electro-optical-mechanical (EOM) and fiber optic (FO) cabling; remotely operated vehicle (ROV) operations and tool development – with a special focus on small diameter, fiber optic cable recovery and repair; and the U.S. Navy’s low frequency active (LFA) and compact low frequency active (CLFA) sonar systems. 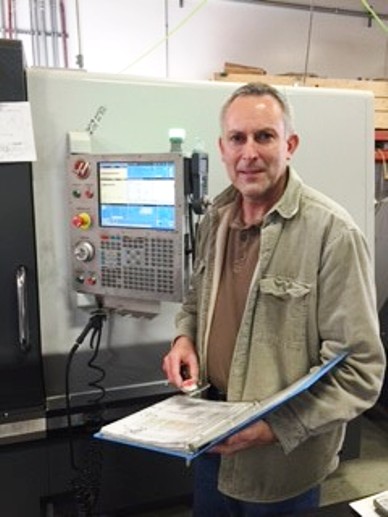 Senior Mechanical Engineer, Carl’s alma mater is Michigan State, from which he has a degree in mechanical engineering. His experience and exposure with manufacturing techniques and processes has given him a fundamental understanding of the importance of technically accurate data packages. His skills and knowledge with geometric tolerancing and design engineering has made him an indispensable asset to the projects he has been involved with. Carl’s diverse experience has seen him participating in projects ranging from aerospace missile launchers and medical syringe design to underwater towed sonar array equipment. He is proficient in all aspects of industry and military standards relating to dimensioning / drafting, materials / processes, and inspection / quality requirements of mechanical and electrical drawings. His experience with drawing reviews and tolerance studies ensures that the drawing package will be ready for manufacture the first time. This service eliminates numerous drawing revisions and time to project completion. For weekend entertainment Carl putts around with golfing and sports car restoration. 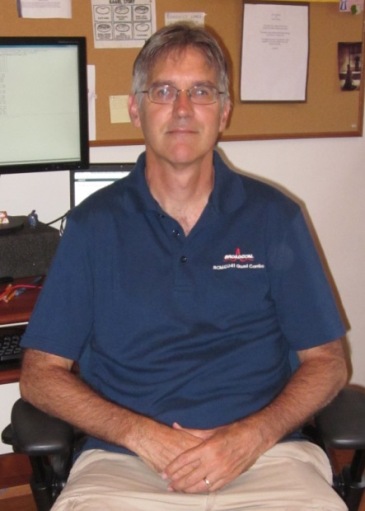 Steve Hicks recently joined Einhorn Engineering as a Senior Electrical Engineer. Steve has a BS in Electrical Engineering from UCLA and has worked as an Engineer and Engineering Manager at Broadcom, Ericsson, Qualcomm and Honeywell.  Steve has worked primarily in testing roles, but also has worked in both hardware and software design roles. Most of his career he has been spent working on various wireless technologies (Bluetooth, NFC, CDMA, FM) as well as avionics control and display systems.  Steve has experience problem solving in product bring up, pre-production, low and high volume production as well as failure analysis of defective product. He enjoys troubleshooting hardware/software systems both as an individual and as part of a larger team. 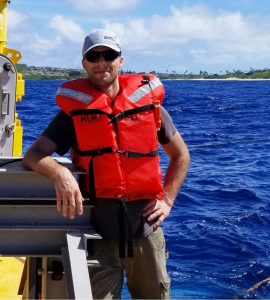 Paul joined Einhorn Engineering in 2022 after beginning his career at the University of Washington’s Applied Physics Lab. Since graduating from UW in 2010 with a Bachelor’s of Science in Mechanical Engineering, Paul has spent his career designing, building, and deploying marine systems, with a focus on generating electricity from high energy marine environments. After getting his start working on environmental monitoring systems for tidal and wave energy generators, Paul has gone on to led engineering teams in the development of tidal turbine systems and ship-based testing facilities for marine energy converters. With a background in machine design, solid modeling, analysis, and experience in taking designs from concept through to deployment, he enjoys the challenge of turning ideas into hardware.

When not working on an engineering project, Paul spends time with his wife and two young daughters, gardening and introducing the girls to adventures in the great outdoors. 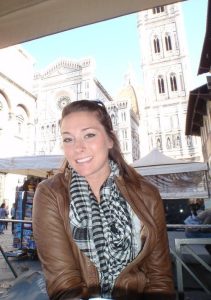 Felicia is the Administrator and Bookkeeper at Einhorn Engineering. Felicia is new to the team starting May 2018 and works from the Seattle, WA location. She has over 10 years of bookkeeping & accounting experience with a Bachelor of Business in accounting from the Central Washington University. When Felicia isn’t working you can find her on the water captaining sailboats in the San Juan’s, traveling the world or snowboarding the mountains near and far. 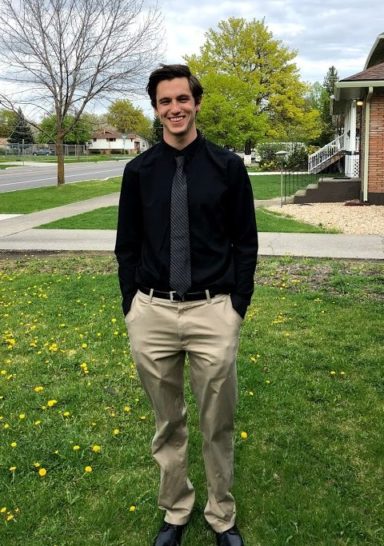 Zach joined the team as an Engineering Intern in June 2018. He recently graduated from Gonzaga University with a BS in Mechanical Engineering. He became an Engineer in Training in early 2018.

While at Gonzaga, Zach in addition to his studies he was very involved with the Mechanical Engineering department. He was a Manufacturing Processes TA, officer of the Materials Advantage Club, and was a Research Assistant on a Hydrogen Embrittlement project. For his Senior Design Project, he and his team designed an Engine Test Skid and gained experience taking a design from concept to reality.

In his free time, you will find Zach somewhere outside backpacking, playing volleyball, skiing, mountain biking, or rock climbing. 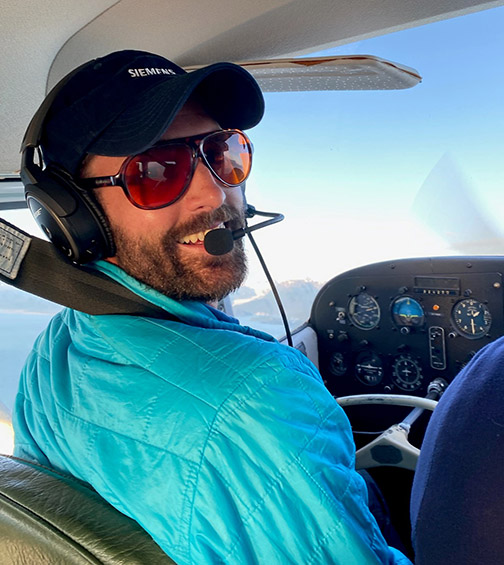 Marcel joined Einhorn Engineering in 2020, after more than 20 years of working (mostly) offshore. Raised in a commercial fishing family, Marcel’s first job at sea was at age 12.

After filling various roles in the commercial fishing industry, including deckhand, captain, and engineer, Marcel decided to pursue an interest in mechanical engineering. He graduated from Montana State University in 2008 with a BS in Mechanical Engineering and an Engineer In Training Certificate.

In the following years, Marcel used his mechanical engineering knowledge to work on various projects at the deck plate level, ultimately resulting in obtaining a USCG Merchant Mariner credential as Unlimited Horsepower Chief Engineer, and experience as Port Engineer. His experience has involved the operations, management, inspection, overhaul, integration and design of a variety of systems in the commercial fishing, ocean towing, passenger vessel, and research vessel sectors.

In his free time, Marcel likes to travel, play outside, and learn. His newest pursuit is to obtain his private pilot license, and he is enjoying the journey to get it! 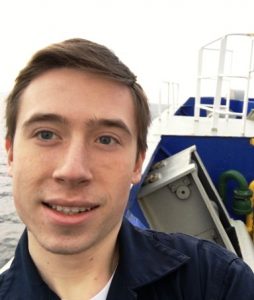 Sean joined Einhorn Engineering in August of 2021. He recently graduated from Webb Institute with a Dual B.S. in Naval Architecture and Marine Engineering and holds a current merchant mariner credential.

During his time at Webb, Sean gained valuable experience at a variety of internships. He gained important hands-on experience as a fiberglass shipyard worker and as an engine cadet on a containership. He improved his critical thinking and design skills by using 3D modeling and programming at other internships. His Senior Thesis, entitled The Installation of a Dual Fuel System for an Electronically-Timed High-Speed Diesel Engine, gave him a chance to apply both his design and practical engineering skills to an interesting and relevant project.

In his free time, you can find Sean snowboarding, surfing, running, or mountain biking. He also enjoys drumming, singing, and working on his car.