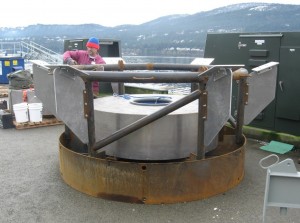 As part of the self-mooring buoy project Einhorn Engineering developed a unique and specialized anchor.  The design of the anchor required that it be able to stow in a compact space, drop to the sea floor as a hydro-dynamically stable body and deploy over three miles of mooring line during its decent from the surface.  Once on the sea floor the anchor must supply the required holding power in the sea bed to moor the buoy on station. 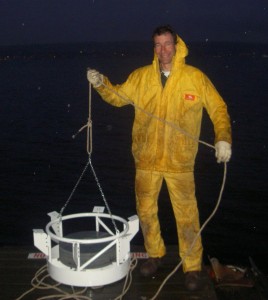 Following concept design of the 5,000 lb anchor Einhorn Engineering laid out a comprehensive test plan to ensure the design goals of the anchor were met.  Of primary importance was the hydrodynamic stability of the oddly shaped anchor.  Following design and analysis of the full sized unit fabrication of a 1/4 scale model of the anchor was constructed.  The scale model was instrumented with accelerometers and a series of drops conducted to observe the stability of the anchor.  The scale model was constructed to allow easy alteration of characteristics such as the center of gravity and the angles of the control surfaces.  During testing numerous drops were made from various initial angles of attack.  This testing verified that the anchor was stable in flight and performed as designed.

Following model testing the full sized anchor was fabricated and a series of drop tests conducted at sea.  These tests were used to validate the performance of both the line pack system as well as the stability of the full sized unit.  A number of drops were completed, following each drop an ROV inspection was conducted to ensure no fouling of the line occurred and that the anchor was correctly situated in the seabed.  Release of the anchor was controlled using a specialized release frame shown attached to the anchor in the photo below.  Using a pair of hydraulically actuated releases the anchor could be safely released when in position. 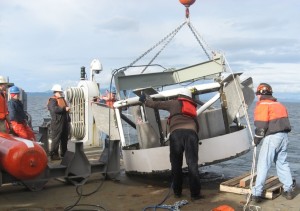 Preparing the full sized anchor for off angle deployment at sea.

Following this series of tests the entire buoy system was tested to ensure the deployment sequence took place in the proper order and without the fouling of any components.  The image below shows the fully assembled buoy being readied for at-sea testing.  Release of the anchor from the system was done using the same hydraulically actuated releases as used in the anchor release frame. 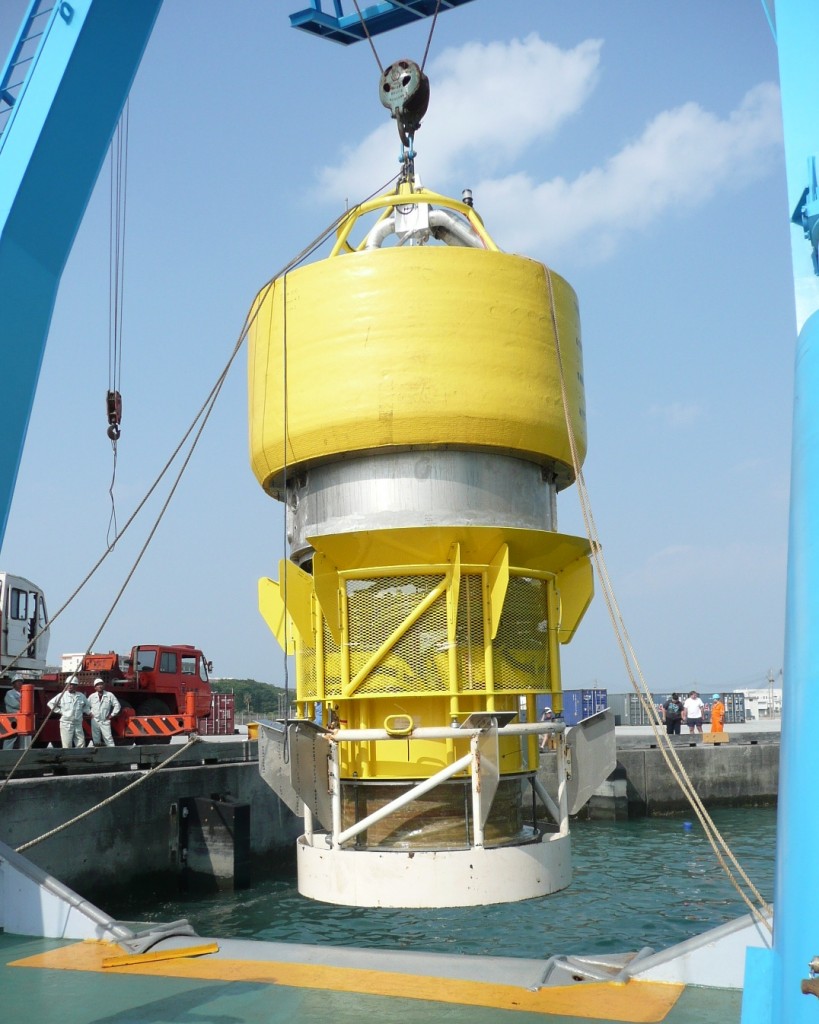 The fully assembled buoy system with the anchor at bottom. Ready for deployment.